Produced in Sogliano al Rubicone, Pecorino di Fossa began accidentally when farmers hid their treasures in caves during the Saracen pirate raids of the 12th century. As per tradition, the cloth-wrapped cheese is buried in caves in August, then dug up on November 25 during the holiday of Santa Caterina. The cheese becomes deformed from its long stay underground yet it acquires exceptional fragrance and flavor. The flavor will vary according to where the cheese lies in the cave. Ones buried at the bottom, for example, tend to be earthier than those resting near the middle and top of the cave. It acquired DOP status in June 2005.
Product Information
Pronunciation:
peh-co-REE-no dee FOHS-sah
Cheese type:
Semi-Firm
Milk type:
Pasteurized Sheep
Origin:
Emilia Romagna, Italy
Aging:
4 months
Case pack:
2/3lb
Tags:
Cheese, DOP, Medium-Aged, Pasteurized, Sheep's Milk 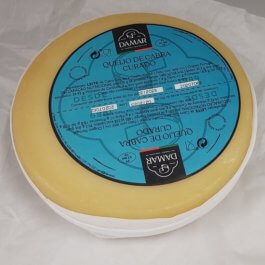